The Linguistic Connection between a Dragon, Draconian Law and a Constellation 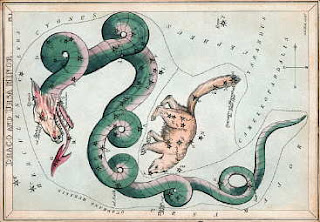 No, it’s not all Greek to me! The Greek word “Drakōn” means “snake, monster” and hence entered many Western languages such as dragon (English, French), Drache (German), dragón (Spanish), dragão (Portuguese), dragone (Italian), and draak (Dutch). It also inspired names of fictional characters such as Dracula and Draco Malfoy.

But Δράκων (Drakōn or Draco) was also a Greek legislator who was notorious for his severe laws. He lived in the 7th century BCE. He wrote laws that allowed liberal use of the death penalty, even for minor offences.  Due to its harshness it became know as “draconian”, which is used nowadays to refer to similarly unforgiving rules or laws.

And for the stargazers among you –Draco is also a constellation in the far northern sky! Dragons in Greek mythology quite likely have inspired the constellation's name, including Ladon, the dragon who guarded the golden apples of the Hesperides, and was killed by Hercules as part of his 12 labors. According to Greco-Roman legend, the dragon Draco was killed by the goddess Minerva and tossed into the sky upon his defeat.


Furthermore, in the 1620s, the French word “dragon” referring to a carbine or  also made its way into the English language as "dragoon" since the guns the soldiers carried "breathed fire" like a dragon.
It makes you wonder – would Draco the Lawmaker be amazed at the impact he had on so many languages for millennia? We will never now…
Posted by Debra Daumier at 7:37 AM No comments:

George Takei might be best known as Sulu in the original Star Trek, but he is one heck of a wordsmith!
He recently published his eBook “Oh Myyy! On Life, the Internet and Everything”
To give you taste of his delicious tongue-in-cheek humor:

“Somewhere along the way to the digital age, somebody decided that cats conjugate improperly when speaking English and love to eat cheeseburgers. For some other mysterious reason these assumptions stuck, and a new breed of cat memes made their way onto the Interweb.

I do love cats, but my fans love them even more. Factoid: There are something on the order of 86.4 million pet cats in the United States alone. This explains the success of the musical “Cats” (It certainly wasn’t the non-existent plot). Whenever I post an image with a cat in it, I can count on a baseline of tens of thousands of likes and shares. Even if the cat is really ugly.

You probably know that some of the most popular videos on YouTube are cat videos. If you haven’t seen the “Ninja” cat and the “Paddy Cake” cats, you aren’t very good at surfing the net. There are even YouTube videos about how popular cats are on YouTube.

A cat-based video is so much more likely to be played and shared that I’ve considered creating YouTube promotions for my show “Allegiance” with cats playing all of the internment camp guards and internees. Apart from being in highly questionable taste, I’ve never successfully figured out how to make some of the cats look Japanese—besides putting cute little rice paddy hats on them.
Right now at least half of you have an image of a cat in a rice paddy hat.

I’ve lately asked myself what the fascination with cats is. Much of the attraction derives from their highly “human”-like expressions and the rich variation in their size, color and, often, girth. We humans can all see our own exploits, frustrations, and failures in their eyes and their efforts, more so than almost any other creature.

By contrast, dogs are commonly portrayed as “one-note” creatures that have more unconditional, simpler expressions. It also explains why there is no musical called “Dogs”.
Posted by Debra Daumier at 8:44 AM No comments:

The Arrow and the Song by Longfellow 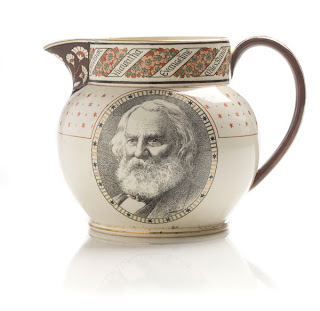 I shot an arrow into the air,

It fell to earth, I knew not where;

For, so swiftly it flew, the sight

I breathed a song into the air,

It fell to earth, I knew not where;

For who has sight so keen and strong,

Long, long afterward, in an oak

I found the arrow, still unbroken;

And the song, from beginning to end,

I found again in the heart of a friend.

Posted by Debra Daumier at 8:52 AM No comments:

Email ThisBlogThis!Share to TwitterShare to FacebookShare to Pinterest
Labels: Henry Wadsworth Longfellow, the arrow and the song

In the process, he also criticized his rivals. For those of you who are not familiar with Ellory, he is 47 year-old writer, based in Birmingham, West Midlands, UK.

His full name is Roger Jon Ellory. He lauded his own novel A Quiet Belief in Angels as a "modern masterpiecee" and said that readers should "just buy it, read it and make up your own mind".

Amazingly enough, Mr. Ellory, who is a bestselling British crime writer, wrote fake reviews to market his work. He used pseudonyms to pen glowing reviews about his "magnificent genius” online.

"All I will say is that there are paragraphs and chapters that just stopped me dead in my tracks," he wrote. "Some of it was chilling, some of it raced along, some of it was poetic and langorous and had to be read twice and three times to really appreciate the depth of the prose … it really is a magnificent book."

In the process, he also criticized his rivals. "

Ellory has admitted posting the reviews on Amazon, and apologized for his actions.

He issued a statement saying: "The recent reviews – both positive and negative – that have been posted on my Amazon accounts are my responsibility and my responsibility alone. I wholeheartedly regret the lapse of judgment that allowed personal opinions to be disseminated in this way and I would like to apologize to my readers and the writing community."

The Crime Writers Association has issued a statement condemning the practice of using fake identities on blogs, Twitter or Amazon to promote a writer's own work and give bad reviews to others, calling it "unfair to authors and also to the readers who are so supportive of the crime genre", and adding that it is looking to set up a membership code of ethics.

What do you think? Clever marketing or deplorable promotion?
Posted by Debra Daumier at 10:37 AM No comments:

Clash of the Billion Widows – a Dream Come True for Writers and Lawyers Alike! 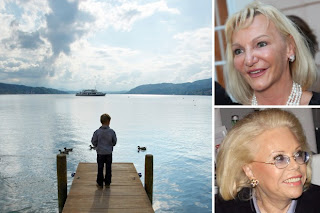 It’s the stuff authors and lawyers can only dream about – the clash of the billionaire widows.

Ingrid Flick, the widow of one of the members of the Flick family, a wealthy German industrial and political dynasty. The family owns an industrial empire that formerly embraced holdings in companies involved in coal, steel and a minority holding in Daimler AG. The Flick family is one of the richest industrial families worldwide.

The widow Flick wants to move the coastal road of Lake Wörth (located in Austria) at her expense, so it would not cut across her estate and therefore allow her more privacy.

Her neighbors are ticked off, including fellow billionairess Heidi Horten, who inherited an estimated $1 billion fortune upon the death of her husband, a German entrepreneur who founded and owned Horten AG (the fourth-largest chain of department stores in Germany).

According to ORF, Ms. Flick would be willing to spend 4m Euro for labor as well as a purchase price of 1.5m Euro to purchase the abandoned track, which would be a nice additional to her current real estate.
The local authorities are in favor of the purchase; it would solve the problem of the current traffic jams.

According to Mr. Gerhard Dörfler, the sale of the around 900 meters road would be invested in infrastructure. He stated that this is an "amazingly positive story" and a "true windfall". The new infrastructure would enable public access to the lake.

However, local residents are not that excited, and protested publicly. At least 100 people demonstrated with signs stating: "Stop the coastal theft" and "We own the lake".

A representative of Ingrid Flick stated that "Any new infrastructure will only endanger the drivers, and all it does is granting the Flick family more privacy.”

Due to the very public battle of the billionaire widows, local authorities are currently taking a more prudent approach.
How will it end? Only time and political cloud will tell....stay tuned!
Posted by Debra Daumier at 9:50 AM No comments: