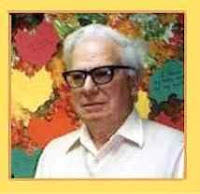 Charles Langley (born on March 28, 1917, worked as a journalist for the Morristown Daily Record, Morristown News, The Broadcaster, and High Point Journal Advertiser) posted the following on his yahoo group "one good turn". It makes excellent reading!

"Let me tell you about Southern writers. They are different from you, and from everyone else. For one thing, Southerners start living life much earlier than other people. Twelve year old boys operate farm tractors. Fourteen year old girls raise their siblings and keep house while their mother joins Dad in the fields. So when you have a Southern writer and one the same age from any other section of the country, the one from the South likely has more years of experience to write about.
Then there's the thing with words. Southerners have love affairs with words. People sometimes think they speak slowly because they think slower or because they are naturally lazy. Not so. They speak slower because their love of the words is so great that they can't stand to part with them. They caress them, massage them, polish them and linger over them lovingly before allowing them to go on their way with a lilt and an inflection found nowhere else in our country.They care about things deeply and when they talk about them, they use words unfamiliar to you. Sometime these words are right out of Elizabethan speech or are borrowed from Shakespeare or from works that Shakespeare borrowed from. Other times they are brand new, coined for the occasion, but perfectly understandable because they are crafted to fit the context in which they are used.

My mother used language which, when I was an ignorant, callow youth, I took to be the result of lack of higher education. When I later saw the same phrases in Shakespeare or Marlowe I was amazed that she had allowed them their use. She never came up short for a word to express any scene or any emotion because she so readily invented her own. "Any damn fool can use words they get from a book but it takes a fine mind to design words that are needed and will be understandable to anyone who reads them," she said. Others have said similar things, but I would bet that my mother beat them to it.

Southern writers have a way of putting a distinctive twist on their writing. Others write about a subject. The Southerner will write around it. Like a singer sings the note while a bel canto singer sings all around the note, the Southern writer will go so far afield in his or her embellishment of the writing that the meaning lies not in the lines but between the lines.

Actually, most Southern writers are not writers at all, but story-tellers who just happen to tell the story in writing. So you can ordinarily look for a rhythm and flow in the writing not often found in that of writers from different areas. William Faulkner and Thomas Wolfe wrote in sentences that seemed to run on for half a page. It wasn't that they didn't know the ban on run-on sentences. I'm told it was because they had the habit of taking a sip of the elixir of life at the end of each sentence, and if the sentences were too short, so would be the story for they couldn't survive very many hours of short sentences.

I once asked a novelist friend of mine who had similar writing habits, "How long is your latest book?" "About a quart and a pint," he told me. I read the book. He was only off by two sips and a swallow......"
Posted by Debra Daumier at 1:50 AM No comments: