France and the rise of the e-book 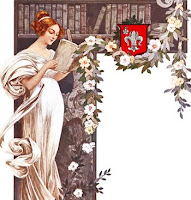 France has an interesting law that bars heavy discounting on books. The law passed in 1981, and prohibits the sale of books for less than 5% below the cover price. A publisher typically offers bookstores a profit margin of between 30% and 40%. The idea behind it is that shops will be able to compete with large chains. Booksellers now hope that it will also protect them from a new threat: the electronic book.

In the US, independent bookstores and small publishers are subjected to the market forces. The UK is the only large European economy that allows retailers to discount books freely, according to the Federation of European Publishers.

"France has long believed that a book is not just business," said lawmaker Hervé Gaymard, who has published research on France's fixed book prices. "It's a cultural identity."

But small French book businesses fear a repeat of the price war that erupted when e-books arrived in the U.S. for reading on computers, e-readers like Amazon's Kindle and, eventually, tablets like Apple's iPad. Trying to compete with e-books, big retailers like Wal-Mart and Target allowed shoppers to buy printed books at steep discounts. Prices at smaller bookstores, already struggling against big chains, were massively undercut. Publishers, meanwhile, worried that the low prices undervalued their books.
French Senator Jacques Legendre has proposed a new law that would allow publishers to set the retail price of e-books. His bill will be debated in Parliament next month. It will face criticism, since it’s difficult to determine what regulations apply to e-books. France's competition authority therefore recommends waiting two years to see how the market for e-books will evolve before implementing any laws.

E-books are fastest growing, but are still only less than 1% of the $2.2 billion book market in France (according to French Booksellers Union). Electronic readers are also not heavily promoted yet.
Hachette Livre, France's biggest publishing house, supports Mr. Legendre's proposed law - quite likely in an effort to have control of the pricing of their books and keeping a vast network of bookstores in operation is in their interest. Hachette Livre, a unit of Lagardère SCA, recently signed a deal to sell about 8,000 French books through Apple's store for e-books. Amazon doesn't yet sell French e-books.
French lawmaker Mr. Gaymard is proposing another law that would reduce the value-added tax on e-books. France currently taxes e-books at 19.6%, like most other consumer products, while printed works are taxed 5.5%. This proposal would partly offset the effects of Mr. Legendre's anti-discounting law.

Booksellers are afraid that an anti-discounting law isn't going to save them. Some independent bookstores are banding together to create their own website, 1001Libraires.com, which is scheduled to start selling printed books and e-books at the end of next month.
No matter what, France will have to face the rise of the e-book.
Posted by Debra Daumier at 8:17 AM No comments:

It all started when Paris Hilton’s black Cadillac Escalade was stopped by a motorcycle cop due to what the cop said was a strong marijuana smell.

The driver of the car was Paris Hilton's (now ex-)boyfriend Cy Waits. left the scene (not a smart move), leaving behind a Chanel purse that held cocaine, turning it into a felony possession and fled to the Wynn Resort where she was arrested.

When the heiress was waiting in the security holding room for a female officer to arrive to take her to the bathroom, she said that she needed to put some lip balm on.

The officer handed her the purse from the table. As she began to open it, the officer saw a small bundle of what he believed to be cocaine in a clear baggy begin to fall from the purse and into his hand. The officer then took the purse away from Hilton and waited for backup to arrive before searching it with another officer as a witness.

After discovering the cocaine, the officer placed Hilton under arrest. Following her arrest, the officer claimed Hilton told him the purse was not hers and "she had borrowed it from a friend."
But our had posted a picture of the very similar bag on Twitter, happily tweeting, "Love My New Chanel Purse I Got Today :)." Oops!

Furthermore, when asked about the cocaine, Party Barbie told LVMPD finest in a sublime dumb blond moment, that she thought the cocaine that they had found was "gum."

The Wynn was not amused and has distanced itself from the clueless heiress. Wynn spokeswoman Jennifer Dunne told the Associated Press that Hilton (handbag included) and her boyfriends are banned from entering or staying at the Wynn Resort Hotels in . ' then-boyfriend, Cy Waits has been "separated" (nice word for being fired on the spot) from his job as managing partner of the Tryst Nightclub at Wynn and XS The Nightclub at Encore.

Quite correctly so - Waits worked as a nightclub executive and gaming license requirements are very strict on the presence of drugs with casino honchos.

Party girl Paris will always have a roof over her hair weaved-head in Sin City - Las Vegas Hilton spokesman Ken Ciancimino told People: "She has been a guest here many, many times and we would always welcome her back. The history between and this property is long, indeed... we here at the Hilton certainly wish the best and hope that she gets through any and all of her difficult times."

She could face up to four years in a prison if convicted of the felony charge of possessing 0.8 grams of "powder cocaine", providing prosecutors can prove that it was Hilton's purse and that the marijuana smell came from her vehicle. If not, she would be sentenced to a diversion program.

No matter how it will work out for Ms. H, her pay-to-party days in are over. In , liquor licenses are closely watched by gambling regulators. Recently, the Gaming Control Board shut down a nightclub because of several infractions, including drugs allegedly being used on the premises.

In the case of P.H., what happens in , stays in cyberspace….

Posted by Debra Daumier at 11:10 AM No comments: