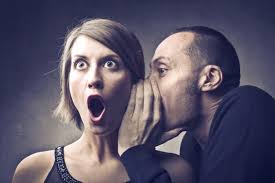 In another interesting twist, Ms Rowling has said she feels "very angry" after finding out her pseudonym Robert Galbraith was leaked by a legal firm.

As widely covered by the media, JK Rowling has penned a crime novel (The Cuckoo's Calling, the first in a series) under the pen name “Robert Galbraith”.

As it turns out, Chris Gossage, a lawyer at her law firm Russells, told his wife's best friend Judith Callegari, who promptly blabbed it to whoever wanted to know in the Twitter universe.

Galbraith/Rowling stated: "I feel very angry that my trust turned out to be misplaced. To say that I am disappointed is an understatement. A tiny number of people knew my pseudonym and it has not been pleasant to wonder for days how a woman whom I had never heard of prior to Sunday night could have found out something that many of my oldest friends did not know."

Needless to say, Russells Solicitors went into “mea culpa, mea culpa, mea maxima culpa” mode, apologizing "unreservedly". In good lawyerly fashion, the firm pointed out that the secret was leaked "during a private conversation" and that "the disclosure was made in confidence to someone he trusted implicitly. On becoming aware of the circumstances, we immediately notified JK Rowling's agent."

Rowling reacted to the apology by suing the lawyer and the friend. Her attorney, Jenny Afia, argued in High Court that her client felt "angry and distressed that her confidences had been betrayed.”

Russells agreed to reimburse Rowling's legal costs and to make a "substantial" donation to The Soldiers' Charity, which helps former military personnel and their families.

What do you think – another clever marketing move?
Posted by Debra Daumier at 2:30 PM No comments: 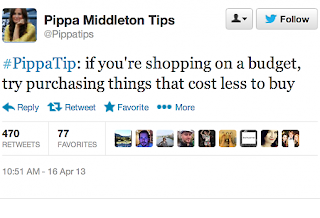 
@PippaTip: when driving at night lights aren't only a legal requirement, but a fun way of seeing the road and other things

@PippaTip: if you're shopping on a budget, try purchasing things that cost less to buy

@PippaTip: breakfast is a yummy way to get rid of hunger after waking. Toast (re-cooked bread), cereal or eggs with bacon are always winners

@PippaTip: the weekend is a good opportunity to do things you don't have time to during the week

@PippaTip: headache tablets can be a great in helping deal with a headache

@PippaTip: form friendships by being nice to people you like

@PippaTip: a refreshing afternoon nap can be enjoyed by taking a nap in the afternoon

With more than 50,000 Twitter followers, the dynamic duo launched "When One is Expecting: A Posh Person's Guide to Pregnancy and Parenting". It’s a parody of Pippa’s quite unsuccessful book Celebrate.

Ms. Middleton was not amused and instructed her lawyers Harbottle and Lewis LLP to demand that the @PippaTips Twitter account must be deleted

Part of Pippa’s chagrin could be the fact that the spoof is outselling the original on Amazon. Celebrate ranks at #3,370, while the @PippaTips book ranks at #961.

Sales in bookshops are still better for Celebrate. Pippa did not do herself a favor with her public outcry. It generated a lot of publicity that only helps to boost sales for @PippaTips. It’s a classic example of the Streisand Effect.
Posted by Debra Daumier at 12:04 PM No comments:

What If Ancient Rome Had Internet? This Is How Social Media Could Have Looked....Feel Free to Add Your Own! 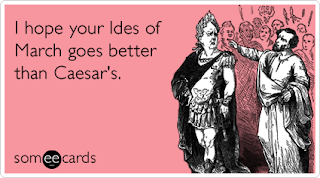 Sometimes I wonder ancient Romans would have used social networks. Feel free to add your own 2 asses!

“How to poison without leaving a trace” – Empress Livia (1,000,360 likes from the female Roman population and all slaves)

“How to commit patricide” – Brutus (likes from all Roman nobles)

"I am here, let’s kill the SOB" (Brutus to fellow conspirators))

"Why does oracle4u keeps texting me “Beware of the Ides of March” (bewildered I am NOT bold Caesar to his mistress).

- Speeches by Cicero (too many minutes of "Furthermore, consider that Carthage must be destroyed")

The black widow (documentary about Empress Livia 1 hr and 10 min.)

Kicked the s*** out of those #barbarians! #RomaVincit (Posted by #Caesar4u)

Google translation (utilizing Babylon.com software) of an e-mail in Gallic to Latin:

“You Jules Bold murder wives and children. The Parisii and Gauls cannot take this. Wine and Women superior to Matrons Roman are. So exhaust fluid from this. Fornicate you!”
Posted by Debra Daumier at 4:12 AM No comments: