The Rich Are At It Again; Cheating on Their Taxes – The Bar Refaeli Story 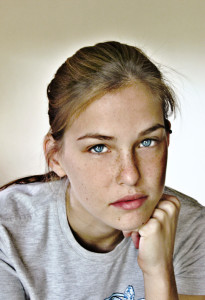 There is a long list of celebrities who cheated on their taxes. Considering their net income, it’s quite amusing that they avoid paying taxes since they are not exactly poverty-stricken.

The latest culprit is Israeli supermodel Bar Refaeli. The woman dodged serving in the army by entering into a fake marriage, so it should not come as a big surprise that she stiffed her government who uses the funds to protect its citizens with e.g., iron dome.

Bar Refaeli tried to weasel out of the allegations by claiming that she lived abroad. Well, that did not exactly fly – the Israel Tax Authority had the woman arrested for allegedly evading millions of dollars in taxes. She was grilled for 12 hours.

As a supermodel, she received a lot of freebies for which she should have paid income tax on. She didn’t, just enjoying her perks such as luxury apartments and cars without any accountability. The woman also stayed in luxury apartments registered under her mother and brother’s names, and also used Range Rover and Lexus cars free of charge. The Israel Tax Authority notices that she enjoyed unreported income amounted to “dozens of millions of shekels.”

The Refaeli women defended themselves, claiming that the model lived outside of Israel. Needless to say, that did not fly. The Israel Tax Authorities were not amused, showing thatDiCaprio’s ex and her Mummy enjoyed “celebrity discounts” such as free interior decorating, which they never reported.

The homes of both Refaeli women were raided this week. On Thursday, they were arrested and released on bail. They were forced to fork over their passports and can’t leave Israel without permission for 180 days. Quel horreur!

Moral of the story – don’t cheat on your taxes! It’s just not worthwhile. Tax authorities all over the world have long memories, unlimited resources, and the tenacity to hunt you down. Do yourself a favor, just pay your dues – especially if you are an egomaniac celebrity! (Or any member of their money-hungry posse).

(Image courtesy of K Bar from TA, IL at Flickr)
Posted by Debra Daumier at 8:10 PM No comments: