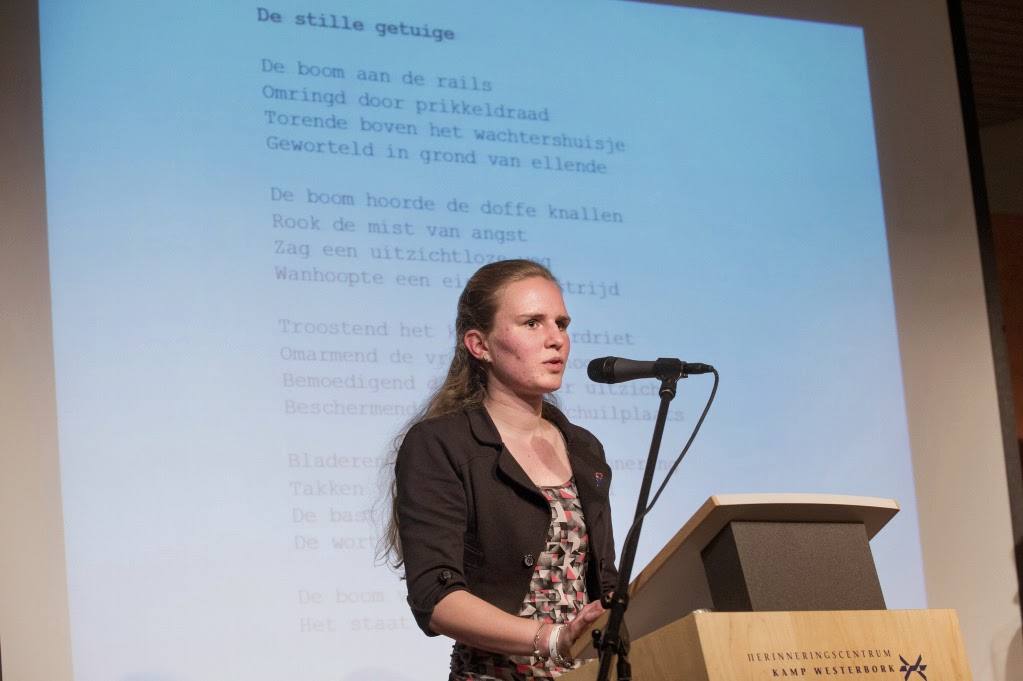 She is only 18 years old, but she penned an amazing poem. Every year, the Dutch government organizes a poetry contest. Youngsters between 14 till 19 are invited to write a poem for National Remembrance Day which takes place on May 4.

There were 260 entries in total. The winner of the 2014 competition is Nienke Woltmeijer with her powerful poem about a tree. Chairman of the jury Anne Vegter explained: “The jury was especially impressed with the amazing image that the poem evokes. A tree that has witnessed it all. Nienke also impressed with her presentation.”

Woltmeijer will read her poem in public on the Damrak in Amsterdam on the 4th of May.

Woltmeijer: “The old trees at Westerbork or in the garden of the Anne Frank Museum are tangible reminders of the past. Each time I see those trees, I wonder what they have seen over time that we as the younger generation heard about, but never witnessed. That is what I want to communicate.”
Posted by Debra Daumier at 2:09 AM No comments: 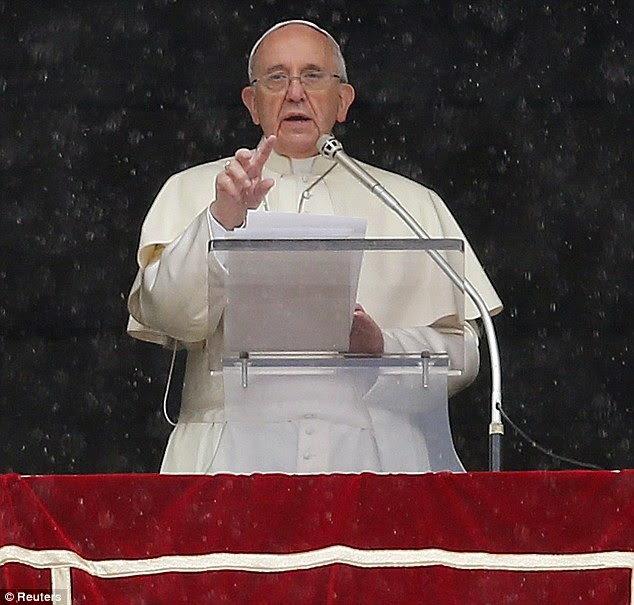 As we all know, Pope Francis is a native Spanish speaker. The Argentinean-born Bishop of Rome is not that fluent in Italian. It showed when he was delivering a blessing in Italian and got a crucial word mixed up.

When blessing his public audience during the weekly Vatican blessing that takes place every Sunday, he wanted to say caso, which means "example" or "case."

Sadly enough, the pope pronounced it as cazzo. This four-letter word is the Italian equivalent of f*ck, c*ck or d*ck.

According to Italian newspaper The Local, the Pope said the following to his audience in St Peter’s Square:
“If each one of us does not amass riches only for oneself, but half for the service of others, in this f*ck [pause], in this case, the providence of God will become visible through this gesture of solidarity.”

According to The Daily Mail, the mistake is a common one among non-native Italian speakers. Francis, whose blessing was aimed at the current crisis in the Ukraine, quickly realized his mistake and corrected himself.

However, the moment will be remembered forever. The error only added to his image as the "people's pope”.

To listen to Il Papa's historic slip of the tongue, watch the video below.

Posted by Debra Daumier at 11:46 AM No comments: