Why I Love Latin 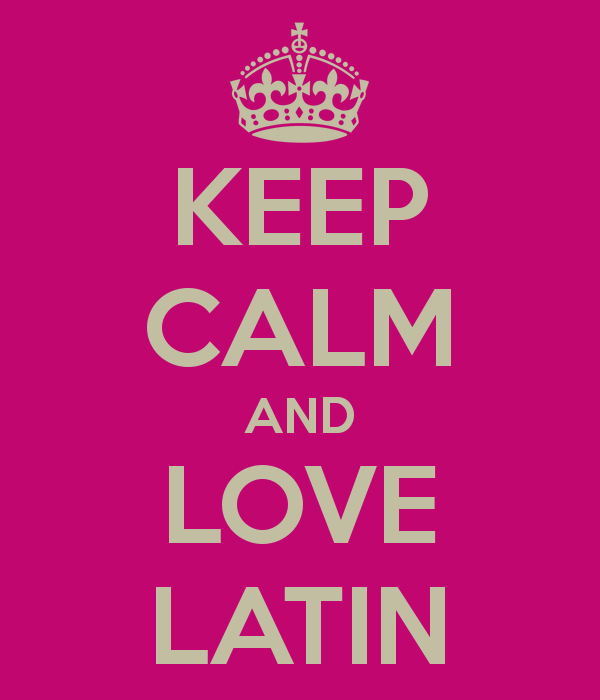 When I was a kid, learning Latin was a prerequisite to go the Med or Law School. From the age of 12, I had 2 hours of Latin – every school day for 6 years. I loved it since it allowed me to “time travel” to the Roman Empire of Cicero, Pliny, Ovid, Livius, Vergilius, and Julius Caesar.

Roman noblemen loved to write and self-published way before we are doing now on Amazon. If Internet and social media would have been around in the time of the Roman Emperors, we could have laughed at the selfies of Caligula, watch the YouTube videos of Caesar’s murder online, and read the latest gossip about the private lives of the rich and (in)famous on the Ancient Roman equivalent of TMZ.

Although heaps of (juicy) materials have been lost over time, we still have a treasure trove of legal documents, records, poetry, plays, speeches, letters, academic works, a pamphlets, etc. The Romans were the Americans of today – even the political structure is similar as is the innovative spirit.

Latin became the lingua franca of academics throughout the ages. Erasmus and Thomas More wrote each other in Latin; neither mastered the native tongue of the other. During my first year in Law School, one of my professors taught in Latin. We would take notes and later translate. One time, he said a sentence that we all penned down. He repeated the sentence, so we underlined it. When he repeated it again, we double underlined it assuming it was very important. Turned out that he told us that the sun was shining in his eyes and if one of us could please push the button to lower the blinds…(Afterwards he was forced by the Dean to teach in our native tongue – the fact that he called us “discipuli stultissimi” might have something to do with it)

Roman law codes serve as a fundamental of many current law systems due to Napoleon. Terms such as alibi became mainstream. Common law systems also have many Latin legal terms such as: “habeas corpus” and “intestate”. Roman medicine gave birth to current traditional medicine. English still refers to many organs and illnesses by their Latin names.

Nowadays, Latin is out of fashion. That is a pity in many ways. Once you master Latin grammar, getting the structure of other languages is a lot easier since you can “read the blueprint”. Western languages contain a lot of Latin-based words. The reason? When the Romans conquered Europe, they introduced Vulgar Latin as the lingua franca. Furthermore, they introduced new inventions and concepts that did not have a local name such as: solarium, umbrella, senate, spa, aqueduct, testament, sanitation, etc.

However, authors still sneak in Latin – just for the fun of it. An excellent example is J.K. Rowling in the Harry Potter series. One gem is the Hogwarts School of Witchcraft and Wizardry’s motto: “Draco Dormiens Nunquam Titillandus” which translates as “a sleeping dragon must never be tickled”.

Latin might not be fashionable anymore, but it is still firmly rooted in many languages and disciplines. Q.E.D.

(Image courtesy of Natalie Durden at keepcalm-o-matic)
Posted by Debra Daumier at 10:04 AM No comments: